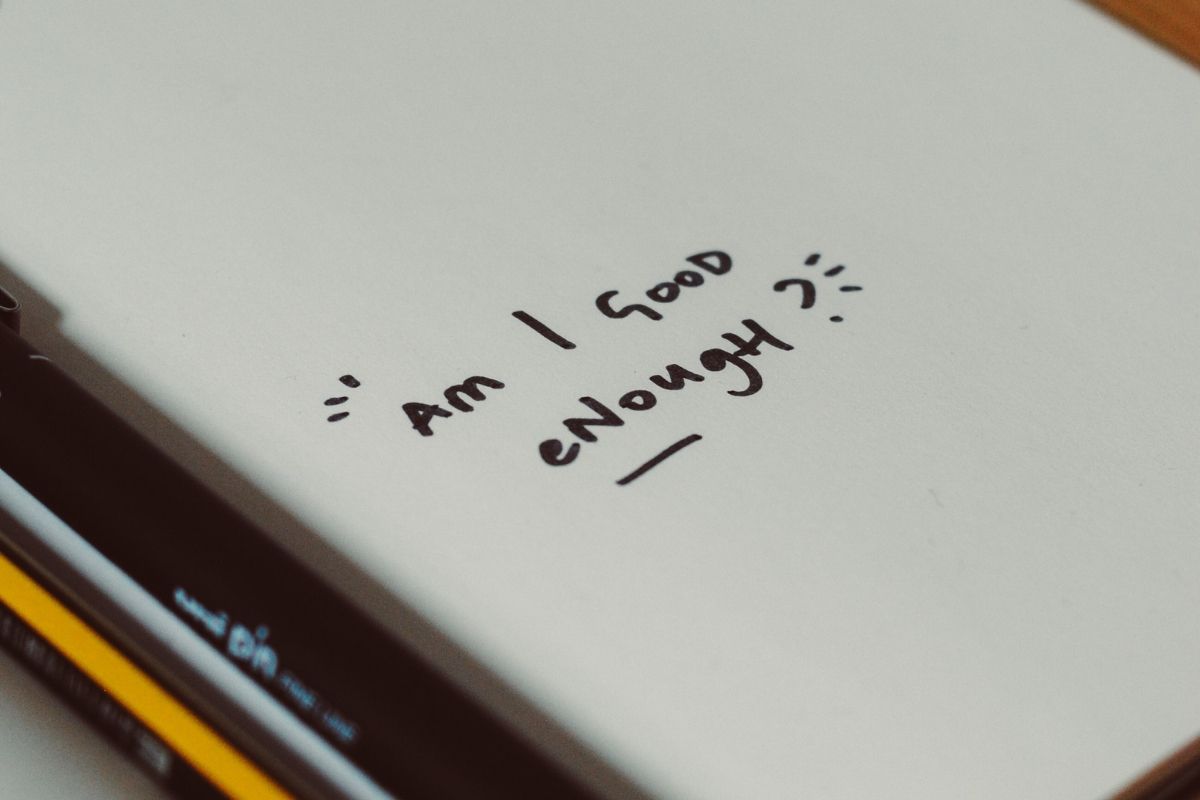 Am I good enough? (Photo by hello I'm Nik on Unsplash)

I’ve seen them all and, my dear

I was busy crying my way through Season 3 of FX’s vital television series, Pose, when I was asked to write this article about resilience. As Patti LuPone’s property tycoon resurrected Sondheim before a hospital ward full of AIDS patients, I instantly knew what I would write. And this article is about still being here; this article is in praise of showing up.

For as long as I can remember, I have chased success like a junkie in need of a fix. When my childhood sailed through treacherous seas, it was the sirens of performativity that lured me to their rocks, and I was easily enchanted. Ever since, undissuaded, I have carried my perfectionism like kryptonite, destined never to be good enough for the adult in my head.

The world will say I am successful. My shelf buckles beneath too many trophies, but, whilst they glitter, I am not gold. In truth, for much of my adult life, I have hidden my struggles, for fear they break the imposter’s spell. And yet the irony washed over me as I listened to Lupone: maybe one of my greatest achievements is that I am still here. And maybe, just maybe, sometimes, that is enough.

Failing to fly for the demons of his own kryptonite, Gerard Manley Hopkins wrote: “Not, I’ll not, carrion comfort, Despair, not feast on thee; / Not untwist – slack they may be – these last strands of man / In me ór, most weary, cry I can no more.” I can hear the voices of my fellow imposters when Hopkins declares: “I can; / Can something, hope, wish day come, not choose not to be.” Despite barn after barn having burned down around us, if, like Masahide, we have seen struggle, we “can see the moon” now too, and are so much the better and stronger for it.

But this article is not about me, rather its stories belong to others: the children I have raised, the students I have taught, the teachers I have led. When Mandela was incarcerated, he would often read Henley’s ‘Invictus’ to his fellow inmates: “In the fell clutch of circumstance / I have not winced nor cried aloud. / Under the bludgeonings of chance / My head is bloody, but unbowed.” This article is about, to, and for the unbowed heads around us who can so easily go unnoticed.

Here are some of those heads:

Rashida has only been teaching for a few years, and has always wanted to make her school and her family proud. However, for as long as she can remember, the Black Dog has scratched at her door. A few years ago, she found the courage to speak to her doctor, and she is taking medication to help her stay afloat. She would like to see a counsellor, but she doesn’t have the time or money to invest in the therapy she knows she needs. She has not had a single day off sick since she started working, and she has no intention of doing so now. But it is hard, sometimes; wearing someone else’s smile every day.

Eric still has nightmares, even though his father left when he was still in Primary school. He can vividly remember stepping in front of his mother to protect her, but still his father managed to land punches that left him and his sister calling an ambulance afterwards. Now he feels angry all the time, and he does not completely understand why. He often gets angry with his mother and his sister, anger that quickly turns to shame. Last year, he started to skip school to hang with the elders on the estate. His sister says they will only get him into trouble. He knows this, but he no longer cares.

Ever since she was born, Shazia knew that she was not the brightest star in the family sky. Her older sister, Tara, got a bouquet after every school performance; she was lucky if her parents even turned up for hers. At Parents Evening last year, her dad actually said, in front of her Homeroom Teacher, “Why can’t you be more like your sister?” She has even started to wonder if she would have the same friends if they didn’t want to hang out with Tara too. Today, she waits on the steps, a frenzy of phone fingers, homework disregarded, waiting for Tara to finish the club of the day.

When Ibrahim found out that he was adopted, it was like the walls all fell down at once. He knew his parents loved him, but there is, nonetheless, a small, lost hole somewhere inside him, which neither they nor anyone else seems able to fill. There are many days on which he does not understand the way he behaves; and his parents, however hard they try, do not understand him either. It is like his mind speaks a language that his parents never learned. There are so many questions he will never ask, but the ghosts of answers still haunt him daily. Sometimes he feels like he will simply fall, and the world will not be able to catch him.

Leia had always wanted to be a teacher, and she could not quite believe it when she stood in front of her first class. That these young hearts and minds were in her hands was as exciting as it was terrifying. And then the observations started. She wasn’t sure exactly what happened, or whether it was even her fault. But just the sight of the Head standing at the back of her room tripped her tongue and left her sweating. The kids noticed it too, unease breeding unease. She dreaded the feedback, and the targets were lead. She had always wanted to be a teacher, but she was starting to wonder if she had always been wrong.

She still remembers the question, even though Nursery was a lifetime ago. “What do you want to do with the rest of your life?”, the teacher asked her. “Travel the world,” was always her reply. But now, twelve years and six countries later, and with university just around the corner, she feels…empty, maybe. No, that’s not quite right. Weightless, perhaps. It’s not that either. Two dimensional, that’s it. Without the roots her friends back home have retained, she feels like just the picture of a balloon, floating into the sky with nobody holding the string.

Nelson is the envy of all his friends back home. Last time he visited, their longing almost laughed. “Is it sunny every day?” “Your classes are how small?” “They pay for your flights and your accommodation?” And he knew he was the lucky one. He had escaped the small world they still inhabited, and from which none of them would ever break free. “Beers on the beach by 5pm!” he had even gloated. So why does he go back to his apartment each evening and cry hot tears? Why does he wake in the night calling out for his parents? He tells himself it will pass; but he does not believe that.

One of her teachers joked about going “gradeless” today, and she could feel herself freeze with panic. She needed those grades like she needed food; oxygen; and sleep. If she didn’t get the highest grades for each piece of work, she is sure she would simply disappear. Her parents have given up telling her to switch off the lights, and she can hear their worry, all weakness and whisper, as they walk past her door to their bedroom each night. Last night, she noticed the sunlight on her paper before her head hit the desk. And there is a Big Exam tomorrow.

Edward’s sister asked him last weekend what it felt like, and he thought for a moment. “Fizzy,” he said at first. “Fizzy. And foggy”. At first, he had felt anxious after each holiday, and then it was after each weekend. Now, he feels anxious all the time: about lessons, and breaktime; about queueing for lunch and for the bus; about using the bathroom or getting changed for PE. And he feels anxious about others noticing him, speaking to him, getting too close. Sometimes it is a cage, and sometimes a wide open space. When he closes his eyes, it all disappears, but he knows he will have to open them again.

All of these stories are fashioned from truth, even if they are composites, names and details changed. And there are hundreds of other stories that could have held their hands. If you look hard enough, perhaps you can see them in your students and in your teaching and leadership colleagues. And when you do, ask yourself this: “How are they still here? How did they still manage to show up?” But they are. And they did. And that is resilience.

I speak and write often of the manifold masks we all wear, terrified of our weakness, desperate to perform. We feel powerless, and wear them thickly and well, but they are heavy and leave an indelible mark. Of resilience, comedian, Hannah Gadsby, said: “To be rendered powerless does not destroy your humanity. Your resilience is your humanity… To yield and not break, that is incredible strength.” Sometimes, for the child or adult secretly fighting private battles of which we are completely unaware but which might destroy the rest of us, simply showing up is “incredible strength”.

This year, as the world struggles to emerge from complex trauma, we would do well to remember this. Because resilience can lurk in the darkest corners, and wear the plainest of clothes. Perhaps the sirens of performativity will always sing through the classrooms and corridors of our schools, but, if we can just turn down the volume, we can also listen to the students and teachers for whom, perhaps, sometimes, simply showing up is enough.

Matthew Savage
Matthew is an educational consultant, trainer, coach and ally, and former international School Principal. He is founder of #themonalisaeffect, host of #thedataconversation podcast, and a passionate advocate for an #earlyyearsup and #wellbeingfirst approach to education worldwide. He lives in remotest Scotland with his wonderful wife and atypical dog.
www.monalisaeffect.me 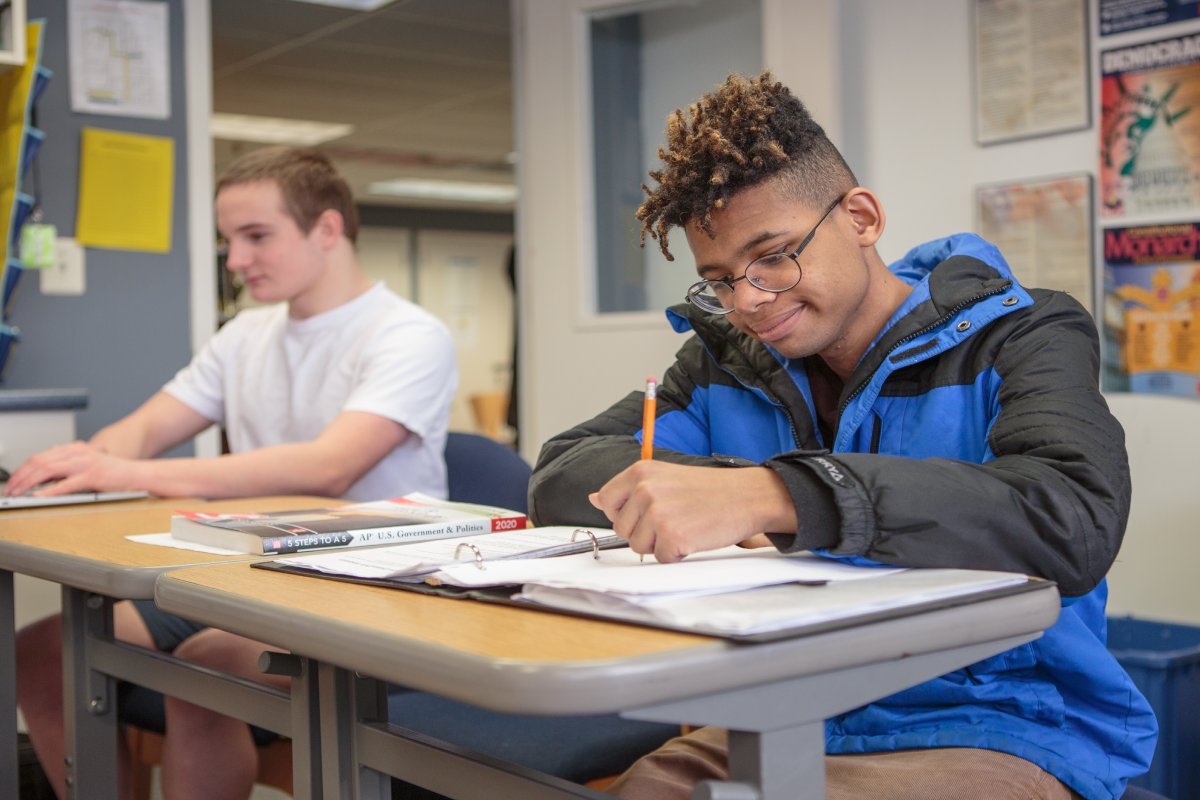 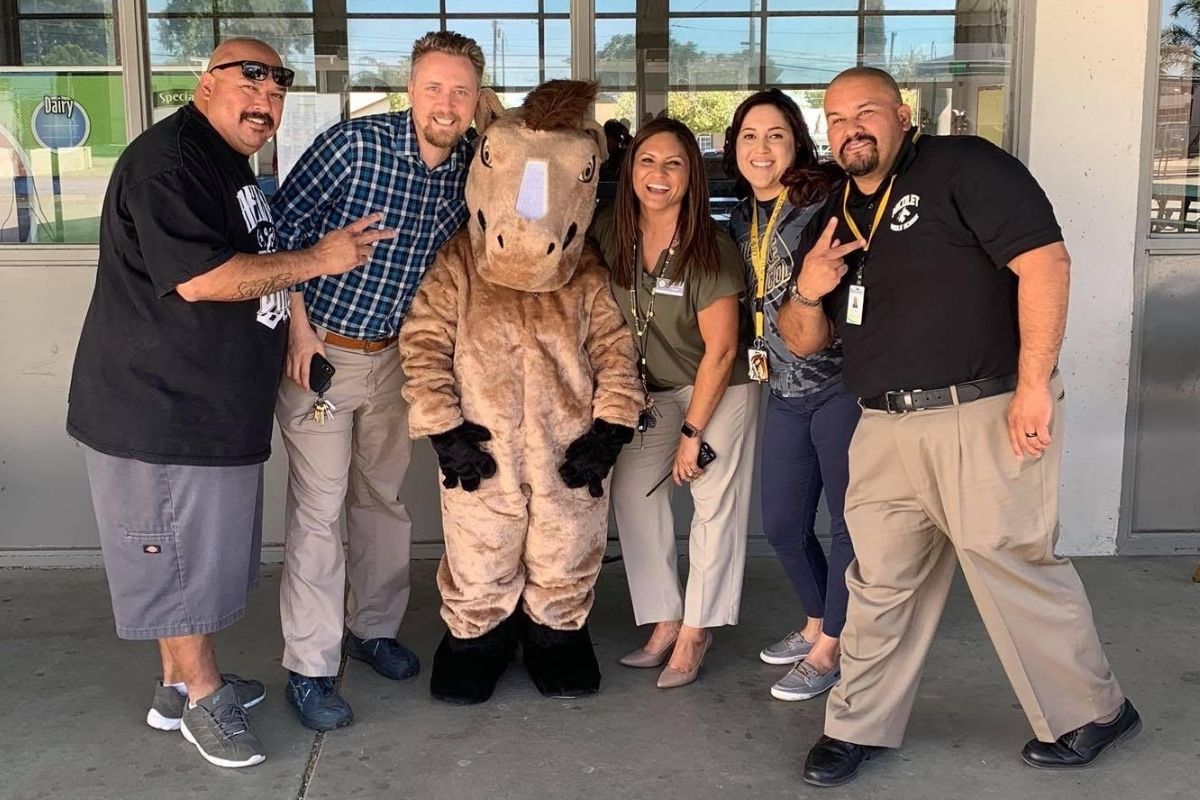 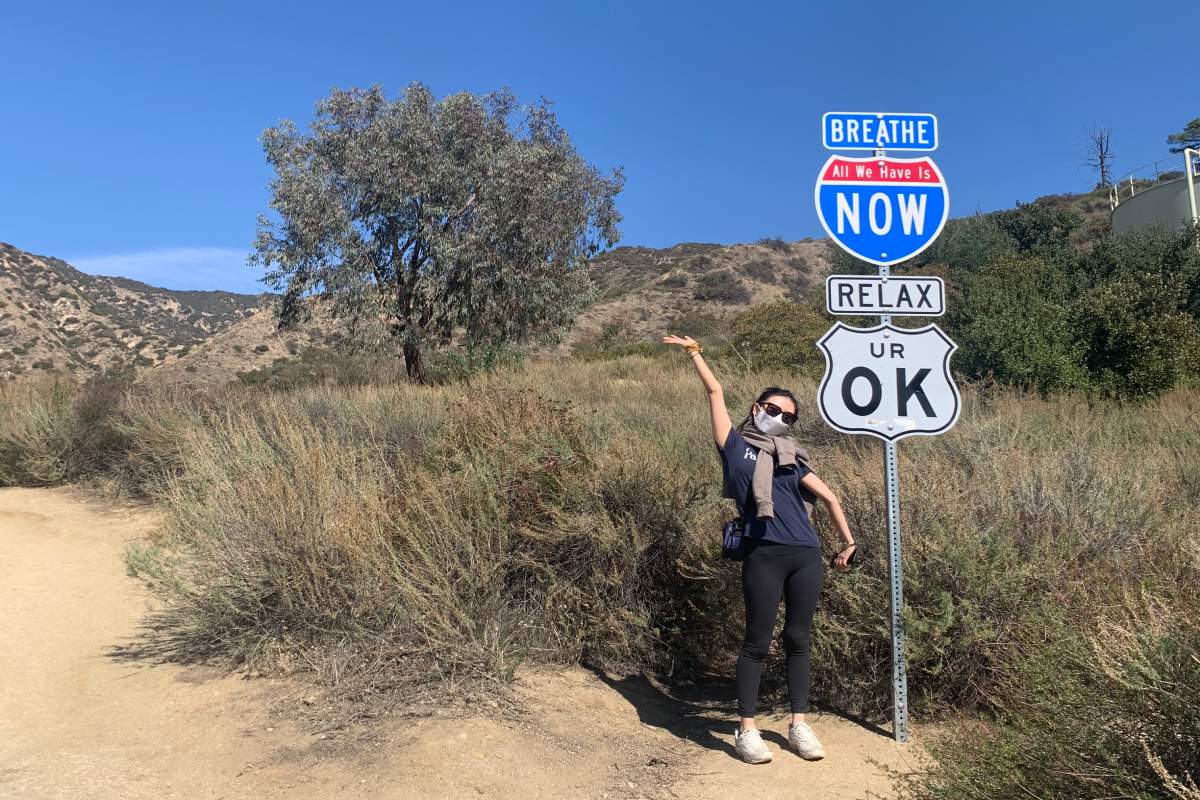 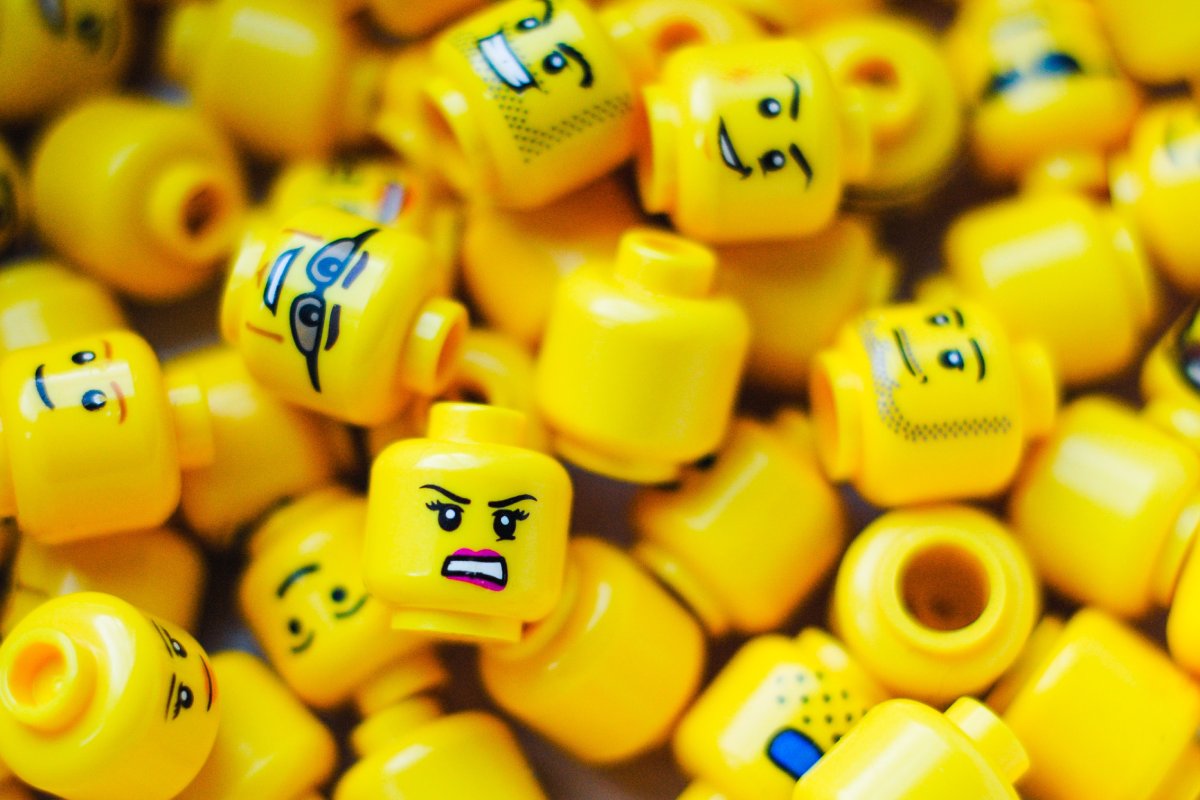 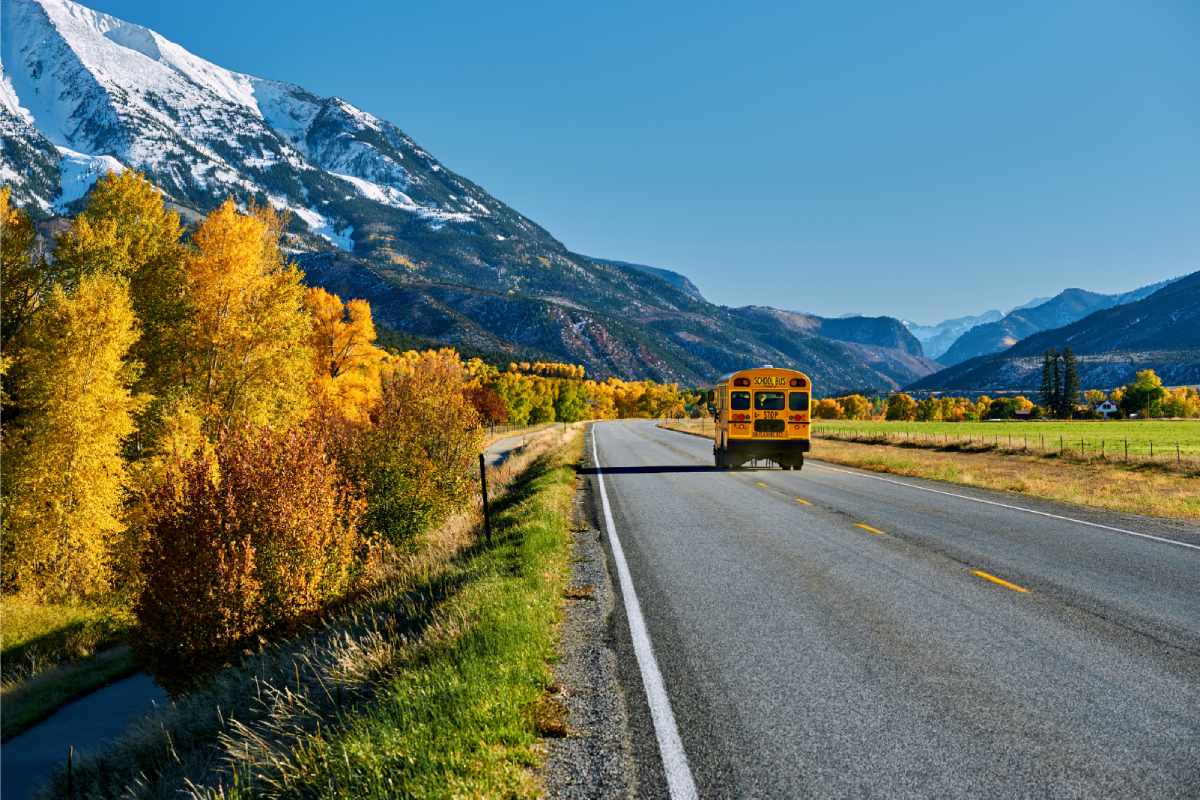 Looking Back to Look Ahead: Learning f... 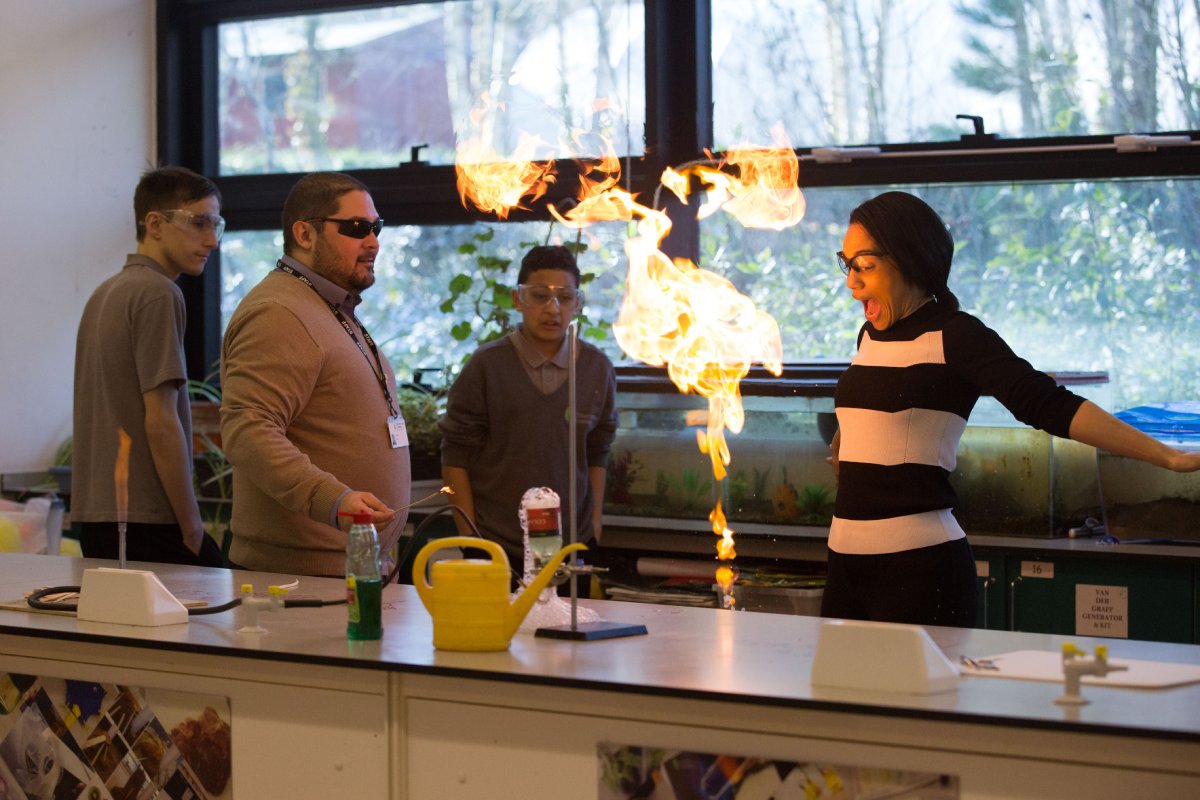 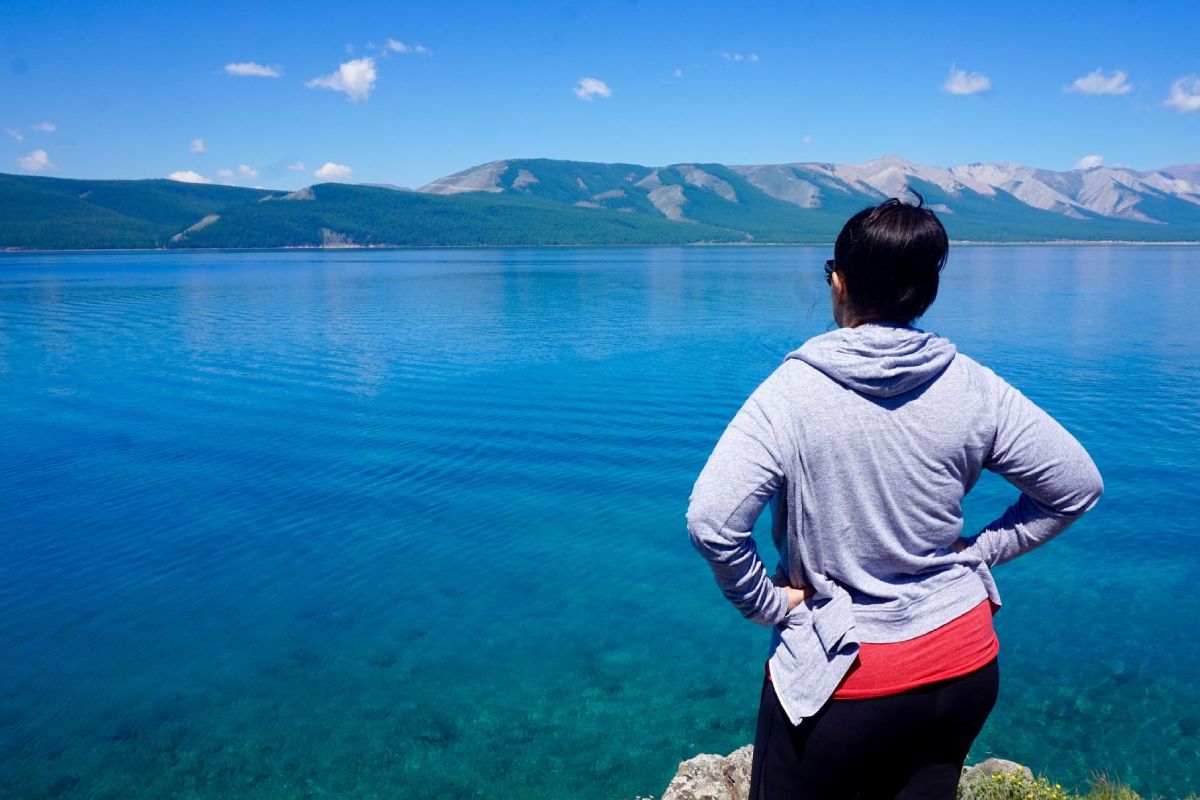 One Moment at a Time: Cultivating Your...