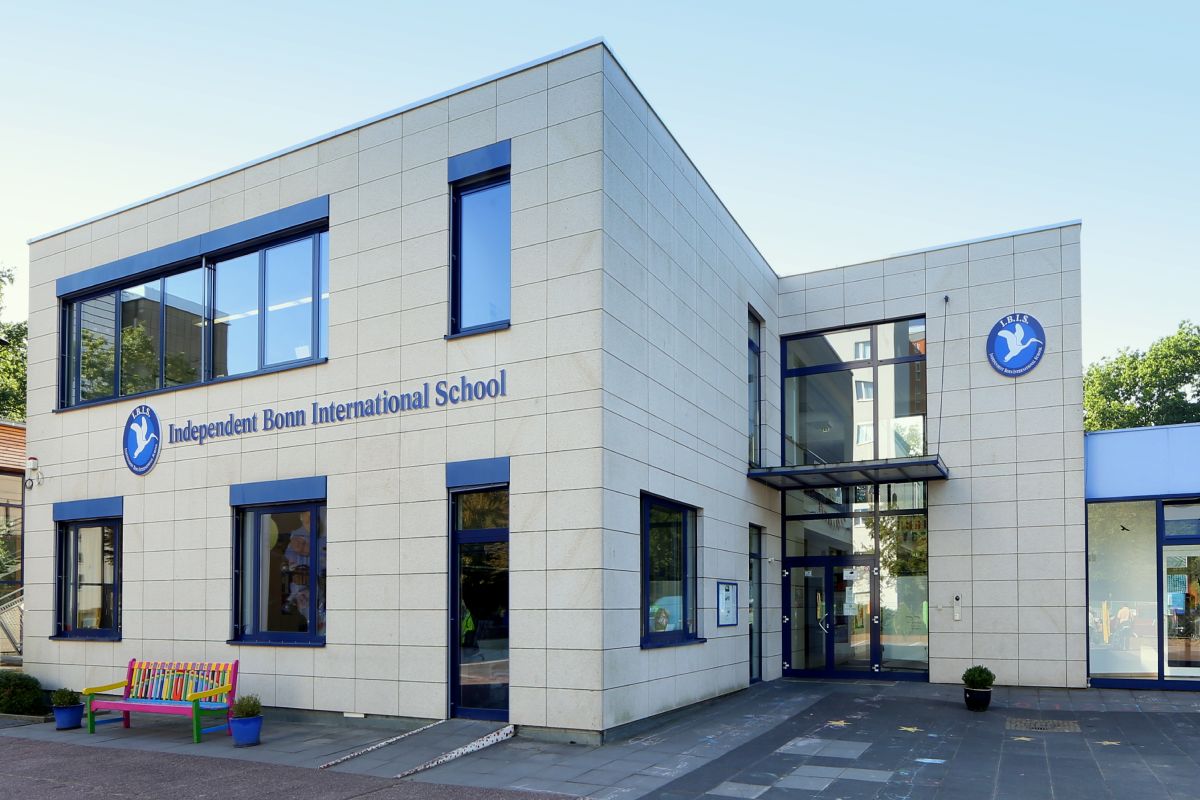 IBS was founded in 11963 and serves approximately 200 students aged three to 13.

Founded in 1963, the Independent Bonn International School (IBIS, formerly known as the British Embassy Preparatory School) is a small yet thriving community that prepares students for future studies through the German state system while providing exposure to an international education. With an explicit focus on student well-being, their Head Teacher, Philip Wharton, shares more about the profile of the school, character of the community, and successes and challenges of the past school year.

Philip, thanks for spending some time with us today. Share with us a bit about yourself, your background, and why you chose to join the community at the Independent Bonn International School.

Well, I have been in Germany since 2005. I’m 40 years old and I trained initially in the U.K. as a teacher of French and German, and then I worked at an international school in Cologne for 12 years and gradually worked my way up the ladder, I suppose, and saw this opportunity to keep growing in my career here at the Independent Bonn International School – there are two international schools in Bonn – we’re the independent one. But as I was saying, I wanted to keep growing and keep developing, and I love the community feel here at IBIS.

The history of the school is one that began in 1963 as the British Embassy Preparatory School, but was later changed to the embassy relocation to Berlin, as well as the changing demographics of the families. Tell us a little bit more about your current school community and the learning atmosphere you strive to create for your students.

We are a fairly small school in comparison to other international schools out there. We have just over 200 pupils from ages three to 13. We offer something different in comparison to the German state system and the German state kindergartens, in particular insofar as we offer a broad curriculum for learning from an early age from age three. We are a very international school and very diverse here. The School has over 35  nationalities represented with small class sizes at a maximum of 23. We’re really proud of our safe and secure environment that we have here at school.

I know the school is a member of the Council of British and International Schools (COBIS), but also answers to local German educational regulations. Can you share a bit more specifics about how the school has been able to navigate those two identities and some of the challenges as well as some of the benefits?

As you quite rightly said, the school was started in 1963. It was started by some British families in Bonn, but it kept that British identity after the embassies moved back to Berlin. And it really kept that British flavor by offering the national curriculum for the U.K., which makes it very singular here in this city. We’re also recognized as a state German school.

We are recognized as a German primary level school and we really see this as a positive because it eases transition for our pupils going from primary school to secondary school; the majority of our pupils will make the transition to German secondary schools in the locality. Around 60 percent of our pupils leave us after primary school level – at age 10 – to transition into the German system. And because we’re recognized as a German primary school, as well as being an international school, then that means they can move from one system to the other very easily because obviously they’ve learned very good German while they are here. We translate the school reports into German for our pupils, which again helps ease that transition for them. Our pupils also leave us with excellent English as well, so there’s really a big advantage over pupils who have gone through a solely monolingual system.

Of course, being a state recognized school – a staatlich anerkannte Ersatzschule der Primarstufe – you are then tied somewhat to state regulations. We have to follow a certain curriculum in German language classes, in our social studies classes that we offer in German and also in our German mathematics classes that we offer in the primary school. This kind of ties us to a framework of needing to follow the same learning framework as you would do in a German primary school at that level in those classes. It can be a bit of a challenge to make sure that we are ticking all the boxes while also planning with as much honesty and creativity as we can. But, I really see the whole thing as something positive. It brings a kind of a unique flavor to the school.

I suppose another challenge is a personal one. I’m not German, but I’m the head teacher of the school. So it’s sometimes a challenge for me personally to try and wade through these regulations, and especially at the moment, of course, with all the regulations that are in place because of the pandemic and everything’s in German, you have to wade through all of that. But I have a wonderful team to help me, and we get through it together.

Talk to us a little bit more about the recent pupil pastoral and well-being survey results. What were some of the major trends and findings that stood out to you and what was the rationale behind posting the results publicly?

Thanks for drawing attention to that survey. We were really proud of what came out of it. For me, there were a few things that really stood out, particularly how safe and secure that the pupils feel at the school and I love that they said they have high expectations of themselves, which means we’re communicating the message correctly to them and it’s coming from within, which is really what we want to achieve. The pupils also stated that they feel they have someone to talk to at school, and that’s really positive to hear.

As far as the rationale of communicating it publicly, one of our school values is transparency. We were basing our rationale on that particular value of just being very open about what’s here at school, what we’re doing, and really flagging that well-being is something that we consider very, very important. We are the only school in Germany to have an award for well-being care through a university in the U.K. – we worked with them last year, too, and the Carnegie Centre of Excellence for Mental Health in Schools Bronze Award. And by flagging this important issue of well-being, particularly in his time in the world, in addition to academic progress – the care that you offer for your pupils in terms of pastoral care is incredibly important.

Maybe just a follow up question. Are there any decisions that you have made or any modifications or changes as a result of you and your team looking at that survey or other pieces of data regarding student well-being?

Little ones, sort of an operational ones. For example, one of the things that stood out was the children weren’t necessarily sure who their well-being champions were, who are a group of pupils in charge of spreading that message that “we’re here for you and you’ve got someone to talk to.” And so we operationally, we need to do a better job of communicating who those people are at the school.

What we want to do fundamentally is try and increase the results of those surveys up to the maximum possible. So if it’s 80 percent of children who feel that they have a chance to make decisions about the school, that’s great, but we want to make it 100 percent. So I suppose what it’s done is given us some pointers and some areas that we can then develop as we go into the next school year.

Nearly all schools have had to reinvent themselves and find creative solutions as a result of a global pandemic this past year. What have been some of the ways your community has come together that you’re most proud of? And what are some goals and objectives you’re looking forward to during the next school year?

The thing that has really made me very proud is just the sheer hard work that’s gone into this school year. I think we’ve written seven different timetables this year according to whether people are in school, out of school, or in school sometimes and those permutations just kept changing. So we’ve written a number of different timetables and people just keep going and they’ve become even more flexible than they were before.

We have had the full support of parents, which has been amazing. People have been incredibly supportive. And the pupils clearly love coming to school. They regard it as somewhere safe for them. I think at this point, particularly many of the younger ones, perhaps see the outside world as quite disruptive and quite disturbing and perhaps threatening at times, and I think maybe the school is somewhere that they feel safe which has made me very proud.

We’ve continued progressing as well in our academics. We’ve noticed improvements in English, maths, science, and in German. We keep moving forward. And we will keep addressing those issues that have come up with academic progress.

As far as goals for the upcoming year, I always want to keep promoting IBIS in the school community. We can always do a better job of making our school better known here in Bonn and in Germany. Personally, I want to take on another qualification professionally – I’m looking at completing my National Professional Qualification in Headship (NPQH).

We’re also looking to develop our kindergarten to provision for under three year olds, if we can. So we’re currently working on that as a project. For the staff, I think the most impactful thing that I can do as a head teacher is to really encourage our staff to engage with professional development that has an impact on learning. So we’re going to continue allocating funds to professional development. We offer a very free choice for our teachers in terms of professional development. They can say what they want to do and as long as it has an impact on learning and is beneficial for the children, then I’m all for it. So we’ll continue investing in that area as well.

Philip Wharton
Philip Wharton has been Headteacher of the Independent Bonn International School since 2017. This is his first headship and previously he held management positions at another international school in Germany, where he also worked as a language and class teacher. Philip made the move to the EU in the 2005 after studying French and then gaining his PGCE in Nottingham in the UK.
ibis-school.com 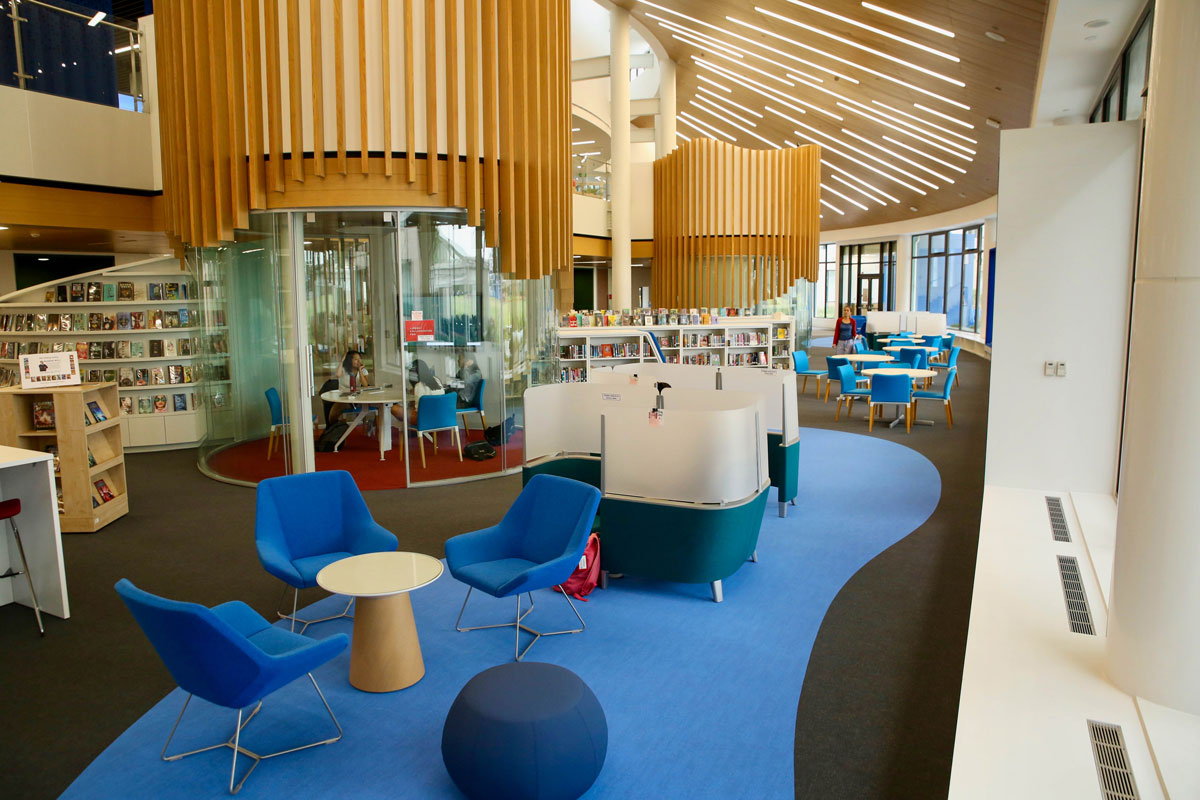 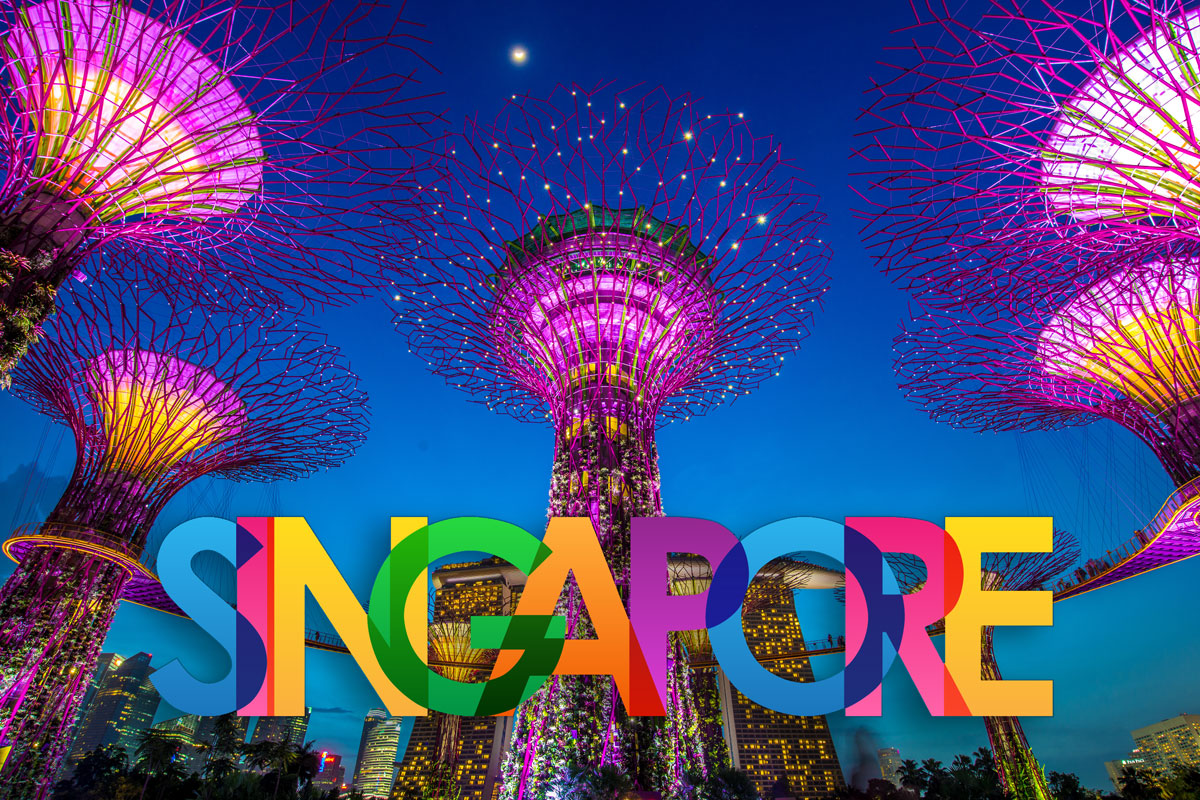 Singapore: This Culturally Diverse and... 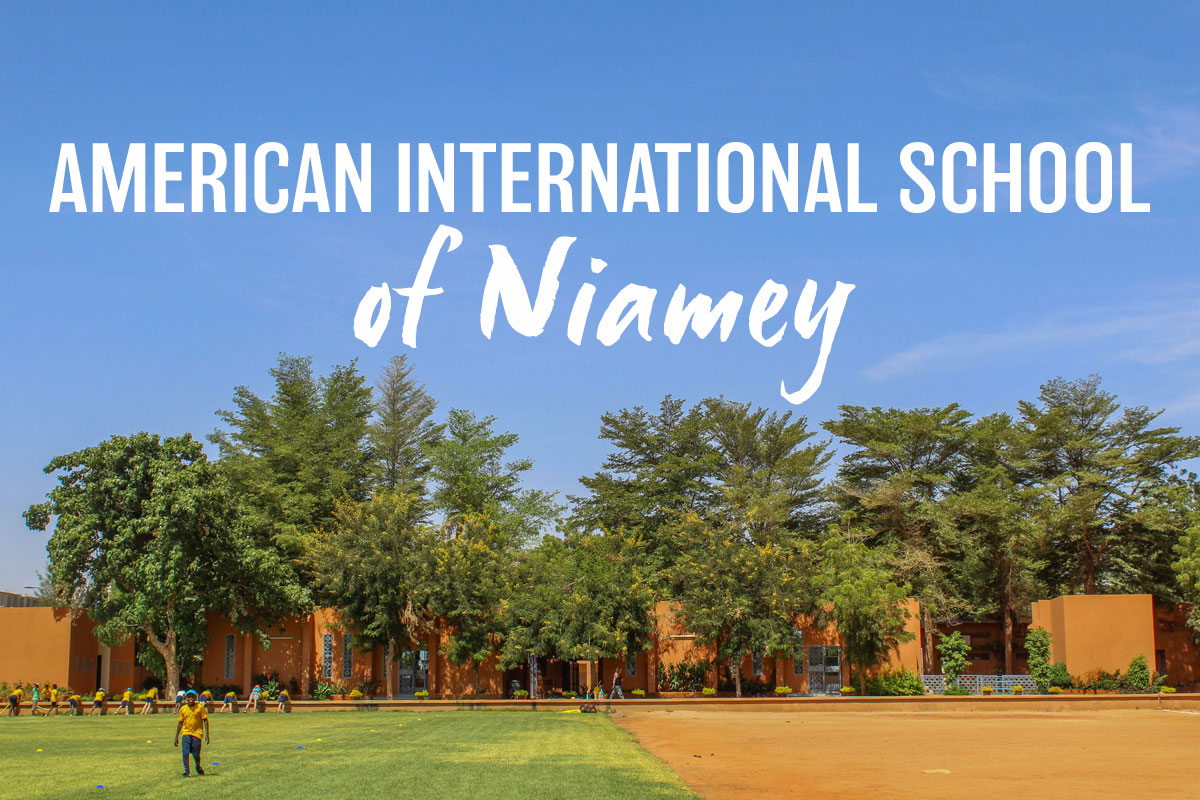 The American International School of N... 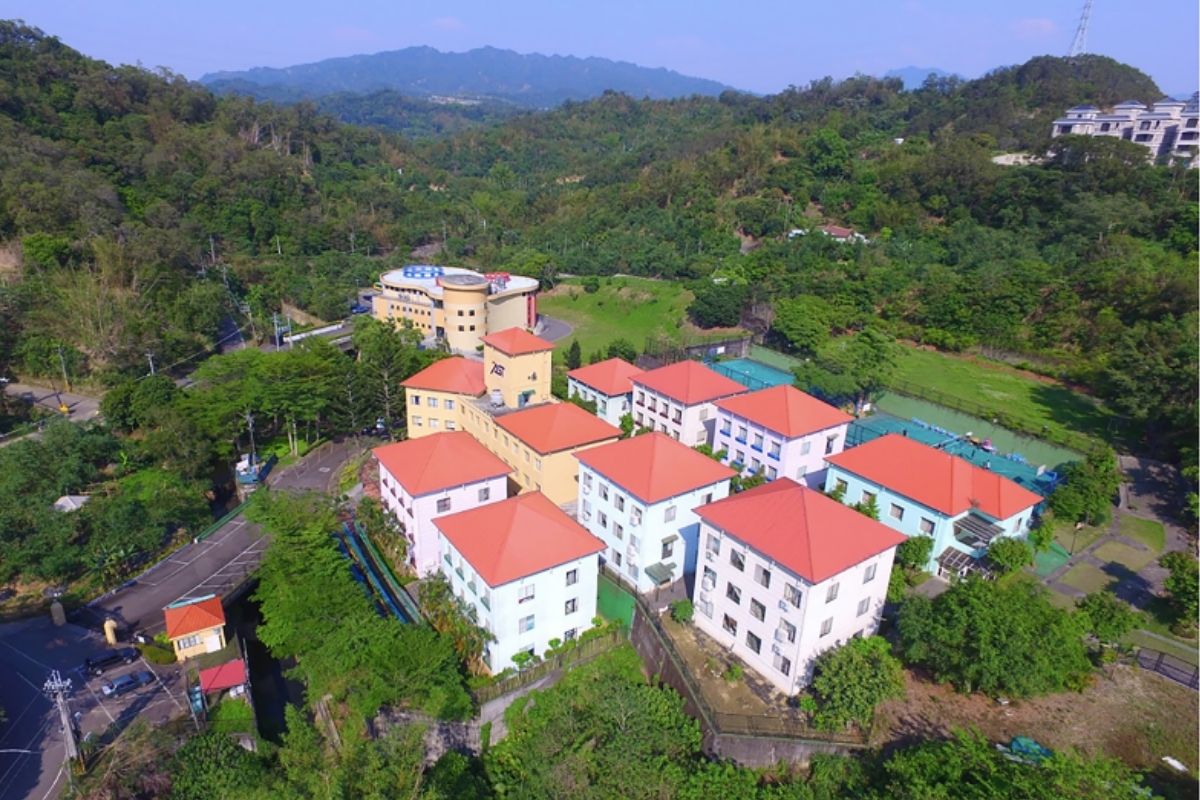 Plan Your Next Trip to Taiwan! Teacher... 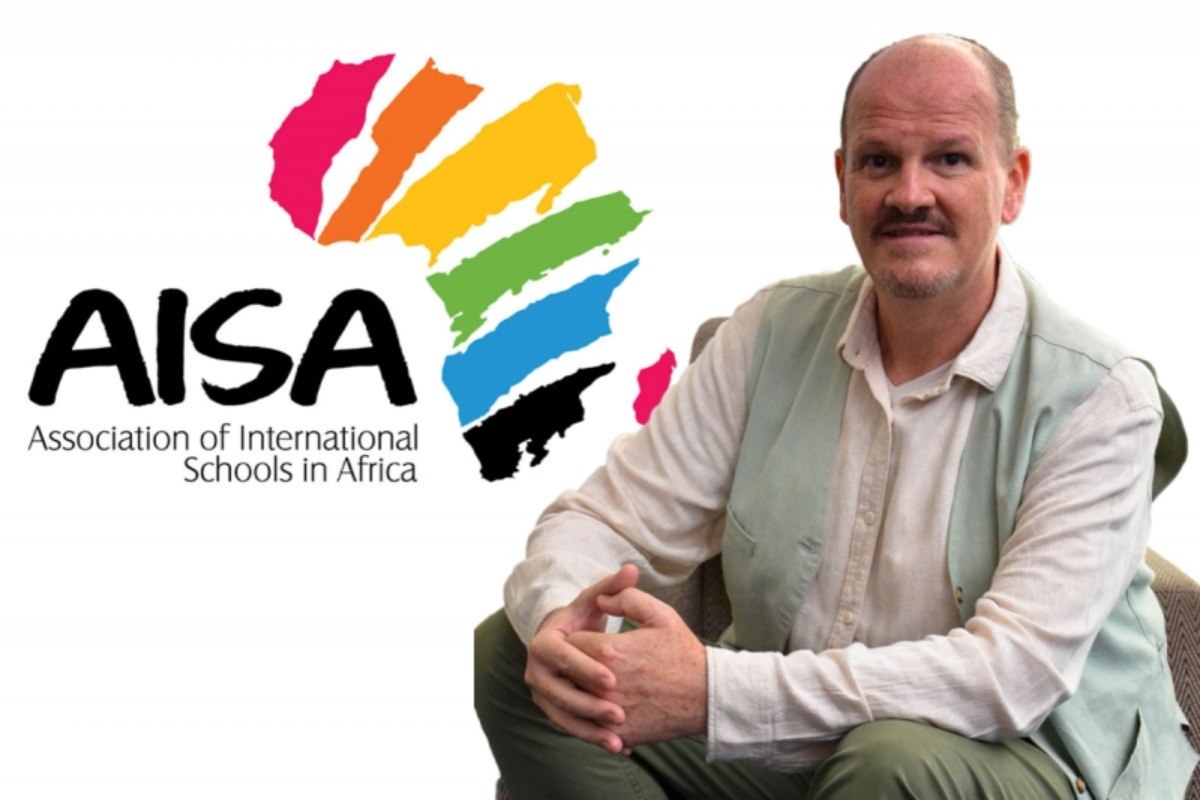 Association of International Schools i...